Stacey, British orphan (Spencer Litzinger), has had her crush – and fellow orphan – found dead. She talks about a mysterious drug, a strip club, and her lack of a certain asset.

Later on, two British people yell at each other, a host gives some facts that aren’t true, and an unexpected murderer is revealed. 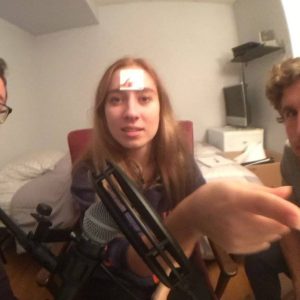